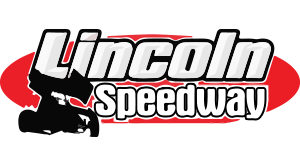 Making this race $9,200 to win would not be possible without the sponsorship of Goofy’s Eatery & Spirits of Spring Grove. Goofy’s, established in 1989 offers food and drinks, events, including a large selection of foreign, domestic and microbrews.

“We are excited to be a part of the Kevin Gobrecht Memorial and PA Speedweek. Kevin was a talented racer and honoring him with a race that pays $9,200 to win is a great tribute to his legacy. Goofy’s is proud to support sprint car racing as it is an important part of Central PA,” said Josh Runkle.

Kevin Gobrecht achieved great success behind the wheel of a sprint car earning the 1995 National Sprint Car Rookie of the Year awarded by the National Sprint Car Hall of Fame and Museum. His resume includes over 100 Go-Kart wins and over 100 Micro-sprint wins, a Jack Gunn Memorial victory, a Williams Grove World of Outlaws win and a Kenny Weld Memorial victory at Lincoln. In 1999 Kevin won three races in less than 24 hours (Williams Grove, Lincoln and Port Royal). Gobrecht passed away on September 24, 1999 at the age of 30 in a crash at 1-80 Speedway in Nebraska.

Kevin’s brother, Scott Gobrecht, is looking forward to the race this year and said, “It’s exciting to watch Kevin’s Memorial Race grow over the years.  It was humbling 21 years ago when Alan, Bob and Don reached out about remembering Kevin during Speedweeks.  And now with Josh, Whitey and the Goofy’s family coming on board it’s even better.  Josh and Whitey are longtime friends of our family and they do so much for racing.  It’s an honor to have them be part of this year’s event.”

The Kevin Gobrecht Memorial is scheduled for 7:30 p.m. on Saturday, June 27 with pit gates opening at 5:00 p.m. and grandstand gates set to open at 5:30 p.m. The Central PA Legends will join the 410 sprint cars as the second division.

Located in Abbottstown, PA, the 3/8th-mile high-banked clay oval has been a staple in professional auto racing for over 60 years. The Pigeon Hills oval is one of several famed Central Pennsylvania racetracks which represent the toughest, most competitive weekly sprint car racing in the nation. A family fun night to be had by all who visit the famed Lincoln Speedway!